A History of Sprouts and Salmonella 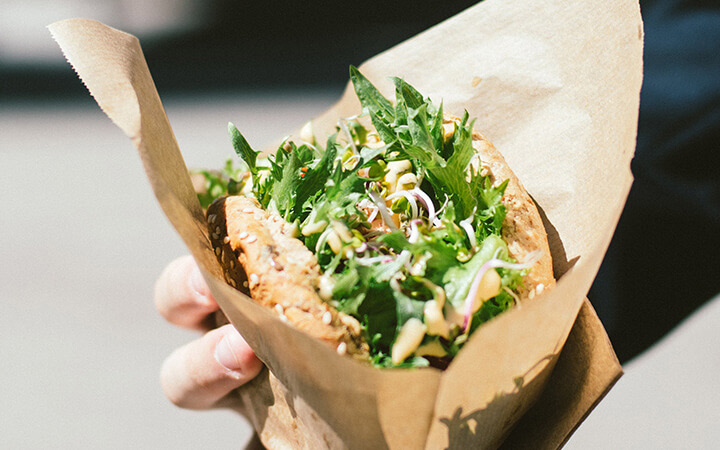 Sprouts are considered to be healthy and nutritious foods. With the advent of healthy eating, their name has caught on like crazy and for all the right reasons. Sprouts offer many health benefits like improving digestion, aiding weight loss, boosting blood circulation, and providing good quality protein to your body. Unfortunately, sprouts are also linked with food poisoning, especially Salmonella. Here is everything you need to know about Sprouts and Salmonella.

Sprouts are basically germinated seeds that become very young plants. The seeds are first soaked for several hours, which increases their water content. Then they are left at proper moisture and temperature, where they grow within 2-7 days. Common types of sprouts are bean sprouts, alfalfa sprouts, clover sprouts, mung bean sprouts, etc.

Sprouts were considered particularly benign before 1990 when raw meat and dairy had taken centerstage for outbreaks. But with increased awareness, outbreak tracking, and commercialization of sprouts, around 46 outbreaks and 2500 illnesses were linked to sprouts between 1990-2011, according to the Center for Science in the Public Interest (CSPI).

This prompted the FDA to take several actions and prevent contamination at the industrial level for sprouts. In 1999, the FDA issued two guidance documents for industries handling sprouted seeds. The first one outlined that the seeds should be grown under good agricultural practices (GAPs) – growers should follow proper safety practices, seeds should be sanitized to reduce the number of pathogens, and spent irrigation water should be tested for each lot. The next document strongly advised conducting microbial testing of spent irrigation water for two major pathogens in sprouts, Salmonella and E. coli O157:H7.

In 2009, with an increase in the number of sprouts recalls and outbreaks, the FDA sent a letter to seed suppliers, distributors, and sprouters to take the concern of “continuing outbreaks of foodborne illness associated with eating raw or lightly cooked sprouts” seriously. Seeds are considered to be the most likely source of contamination in these outbreaks.

In 2011, the Food Safety Modernization Act (FSMA) was passed into law, which focused more on the prevention of foodborne illness outbreaks rather than actively responding to them once they happen. One of the aspects of the law concentrated on food safety for sprouts production. The following requirements were set by FSMA for growing sprouts.

Why are Sprouts Prone to Salmonella?

The primary reason why sprouts are a ‘high-risk’ source of Salmonella food poisoning is they support an ideal growing environment for microorganisms. Sprouts require warm temperature and adequate moisture – both of them are ideal conditions for bacteria’s growth and multiplication. According to a study, the number of microbes on a seed can grow to around 1 billion in 2-3 days. Of course, you need many cells to fall sick from food poisoning bacteria.

Moreover, a surge in the demand for sprouts in the country increased the chances of contamination during growing as well as handling. The seeds can become contaminated in the field during production. This can happen from irrigation water, animal manure, unsanitary practices by field workers, etc. After harvesting, seeds can get contaminated during transportation and handling. Basically, the more hands they pass through, the more is the risk of contamination. In the US, over 400 growers produce 300,000 tons of sprouts annually, valued at around €21.04 million.

Another reason why sprouts cause food-poisoning is that they have rough outer surfaces that allow microbes to easily latch onto them. To increase the germination rates, industries put their seeds through a process called scarification where the outer surface is abrasively rubbed to thin out the seed coating.

In addition to industry-level treatments, there are a few things you can do to make sure your sprouts are safe to eat:

There are certain individuals who are more at risk of contracting food poisoning and can develop life-threatening complications when they get infected. Children below 5 years of age, elderly above 65 years of age, pregnant women, and those with weakened immune systems should avoid eating raw or lightly cooked sprouts. For these people, risks far outweigh the benefits of eating raw sprouts.

Are Home-Grown Sprouts Safe to Eat?

When you grow sprouts at home, you eliminate the risk associated with tainted seeds and sprouts getting manhandled at every stage of processing. But the warm temperature and adequate moisture levels still create an ideal growing environment for bacteria to grow and multiply. So growing sprouts at home isn’t as safe as some people believe.

At what temperature should we cook sprouts to kill Salmonella?

Just cook them till they are steaming hot. This will ensure they are safe to eat. You don’t have to measure the temperature like meat and poultry.

Outbreaks Linked to Salmonella in Sprouts During Past 10 Years in USA:

You can see how high the rate of hospitalization for each outbreak is linked to food poisoning through sprouts. If you’re a high-risk individual, avoid raw sprouts at all costs. For healthy people, even when you enjoy the raw, crunchy innocent sprouts, it’s best to have them cooked to reduce any risk of food poisoning. See why Sprouts and Salmonella aren’t best friends?