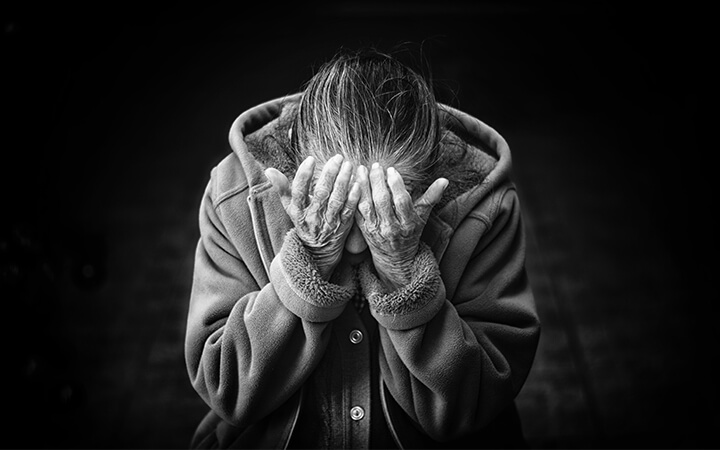 Amongst the many crazy wonderful things genetic engineering has given us, this lifesaving, tumor-destructing genetic tweak in a bacterium that causes food poisoning is our favorite. We are talking about Salmonella. Scientists at Duke University have genetically modified the bacteria to cause self-destruction in tumors, and not just any tumor, the one that causes the deadliest form of brain cancer – Glioblastoma Multiforme. Here is what we know about how Salmonella destroys tumors.

By exploiting the bacteria’s common biological process and how brain tumors behave, the scientists were able to create a version of Salmonella typhimurium that can dismantle tumors from within.

But how does a bacterium that causes food poisoning be able to eat away brain tumors?

Bacterial invasion has been considered an effective treatment for cancer therapy due to their ability to invade tumors and kickstart the body’s immune system into fighting them. Researchers built on this research work and created a detoxified version of S. typhimurium that was deficient in purine – an enzyme that’s abundant in glioblastoma tumors.

This induced the bacteria to seek for the purine they needed. So, it will now directly attack the source. Scientists made another genetic tweak which enabled the bacteria to produce proteins, Azurin – a pro-apoptotic drug and p-53 – a tumor suppressing protein, only in a low oxygen environment.

Tumors multiply so quickly that the oxygen around them is scarce. Now, this GM bacteria not only bombards tumors for purine but also commandeers them into self-destruct mode. And since the bacteria are destroying their only source of food, they get killed too. How creative and amazing is that!

“A major challenge in treating gliomas is that the tumor is dispersed with no clear edge, making them difficult to surgically remove. So, designing bacteria to actively move and seek out these distributed tumors, and express their anti-tumor proteins only in hypoxic, purine rich tumor regions is exciting.” said Ravi Bellamkonda, corresponding author of the paper.

Previous studies done through detoxified strains of Salmonella typhimurium have been ineffective, even though they trigger the immune system to attack tumors. This study was the first one to prove the efficacy of Salmonella against brain tumors.

The researchers directly injected the bacteria into the rat’s brains. This might sound a little extreme, but when someone is diagnosed with glioblastoma, the first plan of action is to surgically remove the tumor, so directly administering therapeutics is obviously better.

In 20% of the rats, the survival rate increased by an extra 100 days, which is equivalent to 10 human years. If that doesn’t sound like a lot to you, currently the survival rate for glioblastoma tumor is an average of 15 months. Only 30% of patients live after two years of diagnosis.

In 80% of rats the treatment didn’t change the length of time for survival. After researching common signs of resistance, the scientists figured it could be probably because of inconsistencies in bacteria’s penetration, or aggressive tumor growth that outpaced the bacteria. Every rat did show some signs of improvement right after the treatment.

Jonathan Lyon, a PhD student in the research team said they might need to keep a close check on treatment and inject more doses through cancer’s development. “However, this was our first attempt at designing such a therapy, and there is some nuance to the specific model we used, thus more experiments are needed for sure,” he added.

Glioblastoma multiforme (GBM) is the deadliest form of brain cancer, which roughly kills 90% of those diagnosed with it. Only a few patients survive a year after diagnosis and mere 10% survive 5 years once diagnosed. It’s extremely aggressive and the blood-brain barrier makes it difficult for any drug to attack it. Similarly, even a surgery is quite ineffective as even a single tumor cell left can spawn new ones. Hopefully, this study is a ray of hope for GBM patients.

Limitations of the study:

This is a very small study done only on rats, there is no data on how it would work on people. Moreover, the researchers are planning to build drugs with their GM bacteria, which won’t be easy because they aren’t as specific to tumor cells, giving rise to potential side effects. Lastly, there is always some concern associated with genetically modified organisms – what if they mutate and become dangerous to those with tumors. All we can do is wait for more research work to enlighten us.

What is a Genetically Modified Organism?

There has been some bizarre work in the field too. Like scientists creating a GMO pig that glows in the dark after injecting them with DNA of a jellyfish and a venomous cabbage that kills caterpillars that eats them but doesn’t affect humans.

GMO is a hot topic politically, socially and environmentally. Both good and bad related to it have raised several arguments over the years but one thing’s for sure, GMO research, products and foods aren’t going away anytime soon.

Salmonella is a group of bacteria that is a common cause of foodborne illness in the US. It causes around 1.35 million infections, 26,500 hospitalization and around 400 deaths each year. When someone has food poisoning, more often than not, they have Salmonella. These bacteria live inside the intestines of people and animals. They shed it into their feces. There are many ways through which it gets into our food chain and contaminates food products. The most common symptoms of the infection are diarrhea, abdominal cramps and vomiting.

Salmonella is diagnosed through a lab test of a person’s stool, body tissue and fluids. Most people with Salmonella will recover on their own within 4-7 days. Those who are at risk of hospitalization and death are children below 5 years of age, elderly and anyone with auto-immune disorders. For some people, Salmonella can cause long-term health problems like irregular bowel movement for a few months or reactive arthritis – pain in joints, which can last for months or years.

But knowing that Salmonella destroys tumors, may actually help us in the future.