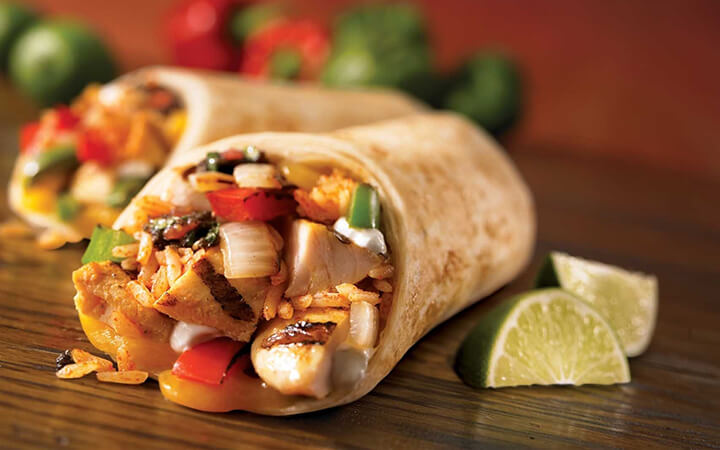 A cluster of Salmonella cases in Grants Pass, Oregon has been linked to a Mexican restaurant, according to local health authorities. There’s a Si Casa Flores Salmonella Outbreak.

The restaurant in question is called Si Casa Flores. It’s located on Beacon Drive in Grants Pass. There are several affiliated businesses in town which also may have been affected. They include Taquiera Mexico, Xpress Trailer, and Si Casa Xpress.

At least two people have been hospitalized in connection to the cluster of illnesses. 17 specimens were collected for analysis by the county health department.

Si Casa Flores shares ingredients between its various locations, so there’s no guarantee that the cases are contained to a single one. Authorities have set up an online form for customers of SI Casa Flores and affiliated locations to report whether they experienced illness after eating there between June 25th and July 7th.

“The purpose of the survey is to gather information needed to assist in the attempt to identify the source of infection,” public health officials said to Newswatch 12. “Information is needed from both sick and well customers to identify food items associated with the illness. Those experiencing symptoms should contact their primary care physician.”

The survey is fairly extensive. It gives options for pretty much every item and option on the Si Casa Flores menu, covering several different kinds of fillings and sauces. It even lets you enter whether you had guacamole.

It’s not clear whether the Si Casa Flores cluster is related to the larger Salmonella Newport outbreak that’s sickened more than 500 people across the United States and Canada. Oregon is one of the hardest hit states in that outbreak so far, with more than 50 deaths as of this writing.

Salmonella is one of the most common foodborne pathogens in the United States. It causes more than a million infections every year, sending tens of thousands of people to the hospital.

Symptoms usually develop six hours to six days after being exposed to the bacteria. Most infections last from four days to a week. Those are general guidelines, not hard and fast rules: sometimes, symptoms can take longer than six days to develop, just as they can sometimes persist for more than a week once they’ve developed.

Most of the symptoms associated with salmonellosis are consistent with what you think of when you think of food poisoning. Victims experience nausea and abdominal pain. Vomiting and diarrhea are common. So are moderate fevers, sweating, and muscle aches.

Those moderate symptoms can sometimes turn more serious. That can happen if the salmonella bacteria make it from your gastrointestinal tract to your bloodstream, where they can spread through the body and cause a more serious infection.

How would you know if that’s happened to you? There are a few warning signs that you can keep an eye on to make sure that the illness hasn’t progressed to something more serious. One warning sign is a fever that climbs above 102. Another sign of salmonellosis turning serious is blood in the stool after sustained diarrhea. Same for vomiting or diarrhea severe enough that you can’t keep liquids down.

Here’s what officials had to say about symptoms to Newswatch 12: “”Salmonella strains sometimes cause infection in urine, blood, bones, joints or the nervous system and can cause severe disease. Most people recover from Salmonella infection within four to seven days without antibiotics. People who are sick with a Salmonella infection should drink extra fluids as long as diarrhea lasts.”

If you’re experiencing any of those more serious symptoms, it’s important that you seek attention from a medical professional ASAP. Otherwise, treatment for salmonellosis is palliative, meaning that it’s aimed at relieving the symptoms rather than dealing with the bacteria itself: Drink lots of water and get lots of rest.

You’re at higher risk for infection becoming serious if you’re in certain categories. Those include the very young, those over 65, and the immunocompromised. If you’re in one of those categories, be careful to avoid salmonella and keep a close eye on your symptoms should you get sick.

There are a few things that you can do to avoid salmonella and other forms of foodborne illness. The first and most important is washing your hands. Thankfully, we all know at this point how to wash our hands properly. You don’t need much to do it: some soap and some hot water are all you really need. Wash for at least 20 seconds, about the time it takes to sing happy birthday to yourself twice. Rub vigorously in order to generate a thick lather.

In the meantime, stay safe out there during this Si Casa Flores Salmonella Outbreak! And please remember to wear a mask.