Salmonella Controls the Minds of Mice 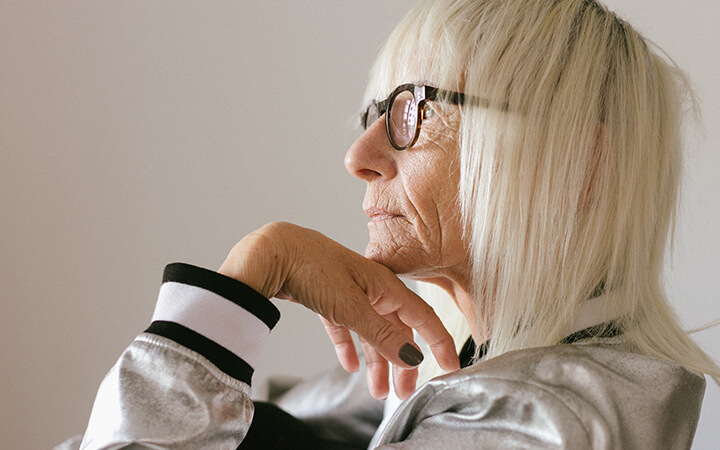 When you are sick, the last thing you want to do is get up and eat something. You just somehow lose your appetite and only want to rest. The behavior is common but not well understood by science. Not eating can be deadly in some cases like those suffering from anorexia or in cancer patients. Understanding this mechanism can be key to formulate treatment plans for these individuals. This is how researchers found how Salmonella Mind Control occurs.

A new research has demonstrated that a type of Salmonella bacteria actually encourages rodents to eat more, by blocking cytokines responsible to promote appetite loss, and thus making the host healthier and decreasing the fatality rate. They are under some sort of mind control that prevents loss of appetite.

It’s surprising! Why would a bacterium promote a condition where the recovery of a host becomes easier, by potentially blocking its own nutrient sources in the body and getting shed in the feces? A question that puzzled the scientists too and revealed an astonishing link between infection and appetite. This could have positive implications in treating infectious diseases and dealing with appetite loss linked to illness, aging or therapies (like chemo).

“It’s long been known that infections cause loss of appetite but the function of that, if any, is only beginning to be understood,” shared Janelle Ayres, assistant professor at Salk Institute’s Nomis Foundation Laboratories for Immunobiology and Microbial Pathogenesis.

In general, mice who were infected with Salmonella Typhimurium didn’t feel like eating anything, became sicker and bacteria eventually started spreading to other tissues of the body from intestines in search of food.

The research team tested different conditions and found that mice who ate more were able to fight the bacteria and survived longer. The scientists figured it might be due to some type of active immune response but turns out even Salmonella bacteria in these mice weren’t leaving intestines and spreading to other parts of the body. That’s why they looked healthy even during infection. The astonishing thing was even Salmonella were trying to withhold appetite loss in mice.

And then the questions like why would bacteria become less aggressive and not spread to areas outside the intestine, where nutrients are abundant? And why would they foster this in the host?

Salmonella bacteria is smart. They were actually making a tradeoff between infecting just one host or getting out of this host’s body to infect others. Think about it. When the bacteria becomes more virulent, they spread to other parts of the body like liver, spleen and other parts of abdomen. This makes them kill the host fast while compromising their nutrient source. This also means they won’t be able to spread to new hosts. If the rodents eat, they would be able to get out of the body through their poop, which is then eaten by other mice and the bacteria has a new host.

“The tradeoff between transmission and virulence hasn’t been appreciated before. It was previously thought that virulence and transmission were coupled,” says Sheila Rao, first author of the study.

It’s actually advantageous to Salmonella bacteria that the host eats well because once it sheds through feces, the rate of transmission increases. Salmonella contaminates our food through the same way. More on that later!

The whole point of the study is to understand the mechanism behind the appetite-loss response so it can be replicated and employed for other diseases. The researcher discovered the response was a direct effect of a bacterial protein called SlrP (small leucine-rich proteoglycan), which blocks a cytokine (immune protein) in the intestines. These cytokines activate the vagus nerve, that connects the brain to gut, and prompts hosts to lose their appetite.

The same gut-brain pathway is linked to appetite loss in humans as in mice.

Implications of The Study:

A few sickness behaviors like resting can be beneficial for the individual. Whether a sickness requires eating – or fasting – for better recovery depends on a lot of factors. This study, however, deciphers an important mechanism for patients whose appetite loss can worsen their disease. The research team will now search for microbes living inside the human microbiome (bacteria that lives in people’s bodies) to find the ones that have a similar effect on this mechanism and potentially build therapies that can thwart appetite loss. Moreover, the team will also explore if drugs can be used to manipulate this appetite-loss pathway that SlrP targets.

“Now that we’d identified this mechanism that regulates appetite, we want to turn it on the flip side and see if we can decrease appetite via this mechanism to help in cases of metabolic disease,” says Janelle Ayres.

Another positive implication of the study is creating a possibility of treating infectious diseases with something other than antibiotics. Antimicrobial resistance is a threat looming over our heads for a while. To stop it from getting worse, we need to find alternative solutions. The Salk research world suggests that nutritional intervention can work for patients in need of antibiotics.

Salmonella is gram-negative bacteria that lives in the intestines of people and animals. They shed it into their feces, which can then contaminate food or water that comes in contact with it. This is how Salmonella spreads and infects humans and animals. CDC estimates around 94% of salmonellosis cases occur through food.

Raw meat can carry the fecal bacteria from the intestines of the animals while being slaughtered. Egg and milk can get contaminated through the surroundings of animals, where fecal contamination is easy. Humans can also get infected through direct contact with the animal’s surroundings and not washing their hands before putting it in the mouth. As for fresh fruits and vegetables, they get tainted when they come in contact with contaminated irrigation water or someone who handles them doesn’t wash their hands after using the toilet.

Once Salmonella enters the human body, it can cause diarrhea, abdominal cramps and vomiting. Most people recover on their own without treatment, while others may require hospitalization or antibiotic-treatment.

To stay safe, make sure you cook the meat and dairy to proper temperatures, store fresh produce and raw meat separately to prevent cross-contamination and wash your hands properly after using the washroom or coming in contact with animals – before Salmonella Mind Control finds you. Dun dun dun….