Salmonella Is Your Elder: Ancient DNA Proves It. 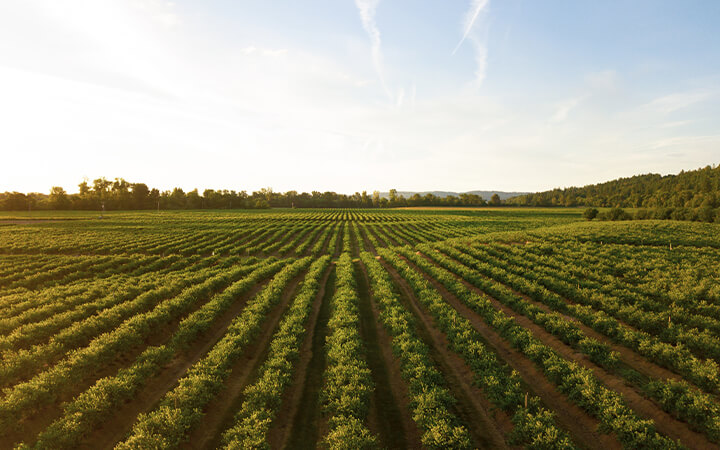 We’ve heard the conspiracy theories. So, let’s talk about them. Not all of them, let’s stick to the subject of food. Some conspiracies allude to modern-day food processing being the reason why foodborne illnesses exist. What if I told you that this is both right and wrong? What if I told you farming gave ancient humans Salmonella? Yes, they became infected with Salmonella from farming.

Farming technology increased our direct contact with livestock, and with that the feces of said animals. This also heightened our chances of contracting food-borne illnesses like Salmonella. Yes, that conspiracy is accurate, but it happens to be more historical rather than questionable. The pastoral process of obtaining our food is not exactly modern-day.

Sure, mass production and wide-scale distribution have the unintended consequences of high impact spread, but that’s not how Salmonella started.

Let’s look at ancient Eurasia, say some 6,500 years ago. Here we’ll find some nomads ready to move on from their hunting and gathering lifestyle. They’re ready to put down some roots, build some homes, domestic a few pigs, maybe some goats, whatever they have access to. That was the plan. End the long-suffering walks chasing food through hard winters. I get it, I’d do the same if I had the option and the science.

Now, these guys obviously weren’t looking through microscopes at bacteria. Instead, there were doing what they could and bedding into life with livestock. This means they were living in close contact with animals that they never did before that time. Survival was a bigger concern than an accidental brush with animal excrement. That’s because there just wasn’t the understanding of that risk. Also, preventing death by the dangers of the wild was a bit higher on the immediate need scale.

Thus, at some point Salmonella enterica was transmitted between animals and humans, then later to pigs, and of course back to humans… and the cycle continues as we know it now.

How Do We Know This?

It’s long been suspected that farming contributed to contamination. Now, there’s proof. Felix Key, Alexander Herbig, and their team at the Massachusetts Institute of Technology found DNA evidence of Salmonella in the teeth of those who lived that 6,500 years ago.

It wasn’t just Salmonella in their findings, which helps solidify this farming ramifications theory. The information shows that the plague existed even before we previously thought. That bad boy was not 3,000 years-old, instead, it’s closer to 5,000. That means our Stone Age ancestors suffered a similar, less-evolved, version of the European’s Black Death. From the discovery that Hepatitis B started 7,000 years ago and Parvovirus nearly the same, the results show the origins of pandemics are from deep into our past.

So, how exactly did they find and confirm Salmonella plagued our ancient Homosapien brethren?

It’s a tough gig. Most pathogens don’t leave much behind in skeletons that we’ve been able to unveil. Lucky for us the scientists mentioned above, alongside Johannes Krause, developed a method called HOPS.

With this advanced technique, another more well-known style could be applied by Felix, called Shotgun Sequencing. This process siphons all the genetic material gathered and descripts it. Once readable, the information is matched to the current day disease database. Yay science!

For this study, Felix and the team took a gander at 2,739 samples of ancient teeth. It wasn’t a cheap endeavor. One set of teeth can cost $1 million dollars to survey. I know, that’s a lot of cheddar.

And out of all that hard work… They found eight with Salmonella.

So, Why Spend All That Cash at Times Like These?

Knowledge, my fellow readers. That drive doesn’t stop, or we’d still be nomadic. It may be an expensive education, but with this information, we may be able to better predict patterns and consequences. This could help us avoid widespread pandemics with just a few tweaks to our standards. We may be able to avoid a pandemic with the right insight. With how things are going nowadays, who’d be mad at that?

Currently, the CDC reports approximately 1.35 million cases of salmonella per year. It’s an interesting thing to be linked by disease to people 6,500 years ago. Though the strains evolve, you have to wonder if the symptoms were the same. It’s not surprising that undercooked meat, poultry, eggs, and contaminated produce were plentiful. It is a little shocking that we make the same mistakes in our upgraded kitchens with running tap-water.

Whoa, I’m not meaning to shame you. Sometimes you can’t tell when things are contaminated. I get that. On that note, there are things you can do to avoid becoming part of that CDC statistic. You’re on the right path if you’re reading up on current recalls. You’re doing a great job if you’re discarding the food that should have never made it to your table. You’re a professional in your kitchen if you’re following the recommended food prepping guidelines.

I’m not exactly the best cook, but I can wash a vegetable like you can’t believe. Hey, we’ve all got our own skills to utilize while we work on the rest. If you’re the chef of the house, here’s a guide for your kitchen helpers to learn the right way to wash your veggies. If you aren’t cleaning those foods, you might want to take a quick once-over at it as well, so farming doesn’t give you Salmonella like your ancestors.