Salmonella Dublin is Coming to a Town Near You: Close the Box Office 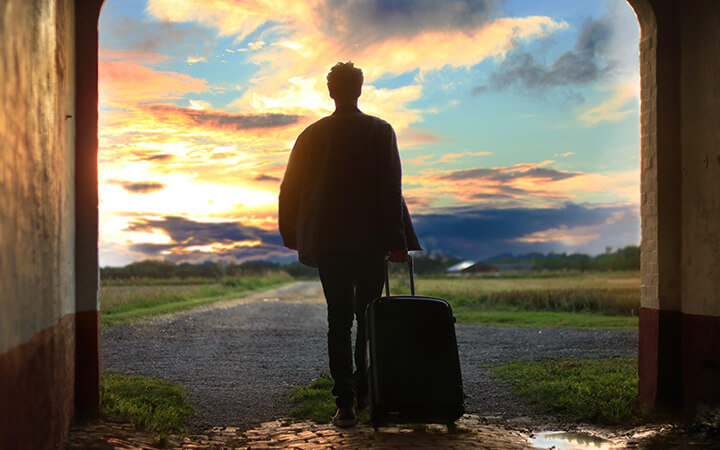 Welcome to the big show. I’d like to introduce you to this summer’s star. You may be familiar already. Have you met, cattle? That’s right, the spotlight is on our mooing friend, but this time an infectious plus one tagged along. Who is this uninvited guest attached to your night out on the town? Well, it’s the unlikeable Salmonella. However, it’s not just any old strain of Salmonella. It’s the big dog, Salmonella Dublin.

Want an autograph? Me either. I’m not that interested in meeting this medicine resistant disease. In fact, I’d suggest you keep this enemy out of your home. There’s no need to be polite with this surprise drop-in.

So, what is Salmonella Dublin and what are the symptoms?

Wait, humans can get infected by S. Dublin?

Yes, by consumption and contact with feces. It’s the usual route for food borne illnesses to extend from the animal to your system. You’ll find this bacterium settling into contaminated milk products. This, my fellow eaters, is why pasteurizing and regulated testing is so important.

It might be a recent trend to drink raw milk, but trends aren’t always a good thing to follow. Let’s not forget the embarrassing Tide Pod moment of this decade. Plus, raw milk often comes with more than you bargain for, but not in a good way. I’m talking about E. coli and Brucella. Obviously, those aren’t the beloved nutrients you were expecting.

Infected milk is not the only way to end up with S. Dublin in your household. Undercooked meats are also a vehicle to your stomach. If you haven’t already, this would be a good time to learn the safest ways to treat your meat. It’s not just Salmonella that can lurk inside your undercooked foods, but I won’t lecture you. Instead, I’ll just leave this right here for you to consider:

I’m not saying you need to burn your steak, just consider these CDC’s recommendations and make wise choices. Anyway, back to the point.

Why exactly are we talking about this type of Salmonella?

Well, it’s spreading. From 2014 to now, it has become commonplace. That’s a problem. In just six years, this aggressive illness spread from California, through the states, and to the East coast.

Uniquely, S. Dublin is somewhat a seasonal issue. Now, it’s not spread by weather, but the chances of infection increase based on the animal’s stress. So, spring calving and summer heat lead to the shedding of the Salmonella bacteria. During that time, the animal can be sent to slaughter and cause the chain reaction of infection. Nowadays, I’m certain we all understand how infection spreads.

Is it too late to be stopped? Do I have to be vegan now?

No, relax and breathe with me. Sit down, have a bite to eat.

I won’t argue against some of the finer points of veganism. I also won’t fight for the other way. That’s a circular conversation, and I happen to eat meat. I am biased. I also like cereal, and that needs milk to be worth my time. We all have our preferences. I will say, even vegetables are a Salmonella risk. Nonetheless, however we consume, there’s ways to be safe.

Cook your meat and say, “Pasteurized milk.” Salmonella can be killed by the right amount of heat, but you should still throw out any known contaminated food. If you get those temperatures and times wrong, you’ll have a that might end up being more than a sour stomach.

So, what are we worried about?

This strain of Salmonella is antibiotic resistant in cows. That means its harder to keep the livestock healthy and stop the spread before it ends up on your dinner plate. To do this, we’ll need to keep the fecal matter cleared before that shedding latches on to untainted cattle. The less salmonella infected feces, the less Salmonella infections. It’s a simple equation.

Also, to hold off this dangerous stampede, probiotics and balanced nutrition is necessary for cattle. Specifically, making sure the gut microbiota is perfectly balanced.

The Microbiota that I’m referring to are all about the gut. In cattle, Microbiota work to break down what the cow eats and convert it to energy. This is an important part of feeding for these four-stomached animals.

Listen, Salmonella Dublin isn’t new. It’s been around since the 1960’s. It is, however, one of the top three strains to affect humans. I know, that is a lot to worry about. That’s why you’re here though, right? We do the worrying and put it into all these handy articles, and you can keep up on the best ways to make your food safe. We’re all consumers. In fact, I had my own close call with a case of recalled red onions infected with Salmonella. Lucky for me, I’d just become aware through reading. Just like you.

So good on you for being the second-best line of defense against contracting a food borne illness. First is washing your hands, but I didn’t need to tell you that. Close the curtain on these outbreaks and scrub those digits. Salmonella Dublin is coming to town.