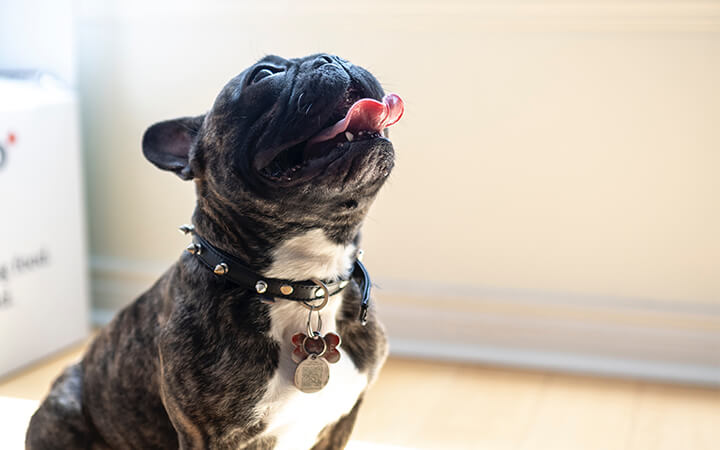 The warning comes after a consumer complaint triggered a test of the pet food by the FDA. Samples from all three lots covered by the warning tested positive for salmonella.

Technically, the news about Darwin’s Natural Pet Products isn’t a recall unto itself. The FDA is calling it a “public health warning.” Here’s what they have to say: “The FDA considers the actions taken by Arrow Reliance to remove violative product from the marketplace to meet the regulatory definition of a recall. However, the firm has not issued public notification, and the FDA is not confident that the firm’s customer notifications are effective for this ongoing recall.”

Wait a second – what ongoing recall? Yep, you read that right. Darwin’s Natural Pet Products have been struggling with pathogens in their products since October of 2016. In the 30 months since, several different lots of Darwin’s raw dog food have tested positive for either salmonella or listeria, triggering five different recalls and a number of different letters of complaint.

As of an update about the situation posted by the FDA in February in 2018, the agency had registered six different complaints of illness or death in animals caused by the pathogens. We don’t know right now whether more animals have died or gotten sick over the past year.

Arrow Reliance sells their products directly to consumers online and thus has been notifying their consumers who bought the tainted pet food through email. Because the products are sold frozen and intended to be kept in the freezer, the FDA is concerned that some consumers might still have food on hand that was manufactured back in the fall of 2018 — thus, the warning letter coming out now, even though we’re well into the next year.

Aside from the troubles of Arrow Reliance, however, why should you or the FDA care about this story, given that we are talking about dog food? We love of our dogs, of course, and we want them to be well. But why would an agency charged with regulating food take such an interest in what our pets are eating? Isn’t that a bit beyond their normal purview?

Here’s the thing: what your pet eats doesn’t just have to do with your pet. It has to do with you. If a dog gets salmonella from some tainted food, it’s bad for the dog; they can get sick just like we can. They might have to go see a veterinarian, and occasionally they might get sick enough to suffer lasting consequences to their health. Some even pass away.

That’s no good. Like most people, I love dogs very much, and I imagine that many of the folks at the FDA feel the same way. Even the beleaguered bunglers at Arrow Reliance don’t want to see our furry friends suffer. The other risk that the government is concerned about, however, is the threat to people from dogs infected with salmonella.

It’s true. Dogs infected with salmonella can easily shed the bacteria, thus potentially exposing humans that interact with them to infection. People can easily contract salmonella from pets even when they don’t appear to be ill. The primary way that dogs shed the pathogens are through their bowel movements; once the bacteria is outside of the body, it can easily get on humans who are picking up their poop, or on the dogs themselves, who generally are a bit less sanitary with their leavings than humans are.

Humans can even contract salmonella from pet food without actually eating it. Raw pet food is of particular concern; most people won’t be cooking it before serving it to their companions, which is unfortunate, because heating the food to high temperatures is the only way to kill off any pathogens that might be present. Freezing doesn’t kill salmonella, and refrigeration doesn’t either; you have to cook it.

If you have some Darwin’s Natural Pet Product that you were planning on feeding to your dog, or any other dog food from Arrow Reliance, the best move probably isn’t to cook it. You’re safest just throwing it out. And — this is the opinion of this writer, rather than the opinion of the FDA — you’re probably best off avoiding their product for the time being, given that we’re two and a half years in and they still can’t resolve their pathogen problems. Buy from somebody else until they’ve cleaned up their act. You and your pets are safer to not be part of a Salmonella Dog Food Outbreak.